Rep. John Mizuno introduced House Bill 344 on Friday, a measure that could have a better shot at laying the foundation for — and potentially leading to — the introduction of legal sports betting in the Aloha State.

Hawaii is once again attempting to legalize gaming and online sports betting sites. The Aloha State is one of only two jurisdictions — Utah being the other — that does not allow for any form of legal gaming in the U.S.

However, the proposed new legislation aims to finally bring Hawaii into alignment with the 35 other mainland states that are currently part of the ever-expanding regulated legal sports betting market.

On Friday, January 20, Rep. John Mizuno (D-28) introduced House Bill 344 (HB 344), a measure that would legalize a retail sportsbook and card room as standalone establishments on the island of Oahu, as well as establish a regulatory framework for the introduction of online sports betting in Hawaii.

The proposed legislation marks the seventh such attempt to bring sports betting to Hawaii after previous efforts ran into opposition over the public wariness over gambling.

Mizuno's bill also leaves open the door for major mainland operators to launch in the state although he believes that he has seen growing evidence of support for gaming legislation.

“You always have to be cautious with gaming," said Rep. Mizuno. "The biggest gaming bill we ever passed was bingo. This [bill] will be difficult to pass, but I’m cautiously optimistic. This is one of the first times I’m seeing ESPN, the local media, and a number of national stakeholders connecting with us and showing a lot of interest."

Fearing backlash in a state that has traditionally abhorred all forms of gaming and remains a politically sensitive issue, Rep. Mizuno's bill has deliberately left open a number of key questions, most specifically the tax rate to be imposed on online sportsbooks and how much tax revenue will be spent.

Unlike previous gaming bills that have crashed and burned in Hawaii — including two advanced by Mizuno himself — his new HB 344 takes a far more cautious approach and avoids any mention of casinos, slots, operator license fees, or ownership regulations.

"If we put too many things in, there will be too many targets to attack. When you use the word ‘casino,’ sometimes it can be like yelling ‘fire’ in a theatre, so in talking with some proponents, we crafted the language very intentionally to leave things open."

The state lawmaker believes that the time is ripe for Hawaii to finally cash in on the sports betting boom that has swept across the U.S. mainland and stem the tidal wave of local residents who regularly flock to Las Vegas, Nevada to indulge their gaming and sports betting passions.

Locals as well as tourists would likely flock to casinos or similar retail outlets should they come into being or otherwise place online wagers. One of the principal arguments that Mizuno advances in favor of legalizing sports betting are that the taxes collected from such activity could be used to fund a variety of social programs.

"A billion (dollars) of our residents’ money ends up in Las Vegas every year," said Mizuno. "If we can contain maybe 25% of that with sports betting, it could help prevent raising taxes. We could use it for housing domestic violence, homelessness, a number of things."

Many state gaming proponents also believe that legalizing sports betting in Hawaii would be a boon to the state economy and to the treasury. Hawaii is a popular American tourist destination that will likely see over $20 billion spent by an estimated 10 million visitors to the state when final figures for 2022 are released.

Eric Ford of Full House Poker has also been reported as stating that Hawaiians rack up over 500,000 visits to Las Vegas annually. This translates to an estimated $400 million to $800 million on gaming and sports wagering.

Previous attempts to legalize have wiped out

HB 344 represents another in a long line of similar bills that have tried and failed to overcome long-standing resistance to any form of betting. The Aloha State does not even allow lotteries to exist much less horse racing.

In 2019, Hawaii saw a failed attempt at passing HB 1107, a measure that would have established a Hawaii Sports Wagering Commission. That was followed by the filing of SB 595 in 2021, a Senate bill that sought to create a sports gambling task force — it also so crashed and burned.

However, last year saw a spate of sports betting bills introduced in the legislature, the most prominent of which was HB 1815 put forward by Rep. Mizuno.

That bill would have legalized online sports betting in the state but would have imposed an exorbitant 55% tax rate on sportsbooks, even higher than the 51% levy that the state of New York imposes on operators, the highest in the U.S. That bill failed to make it past the committee stage.

Two other measures to legalize casino gaming and a second bill to legalize sports wagering also failed to gain any traction.

Tax rate needs to fall in line with the lower end of U.S. regulated market

One area of contention regarding Mizuno's new bill will likely be the tax rate on sportsbooks, but any such consideration would have to take into account Hawaii's small size. Whereas New York is the third largest economy in the U.S. and is the fourth-most populous state with nearly 20 million residents, Hawaii is the 11th-poorest state with a population of only 1.4 million.

Maine, for example, which has an even lower economic output than Hawaii and an equal population, is currently planning on taxing sportsbooks at 16%. Anything higher than that might deter many operators from launching in Hawaii. 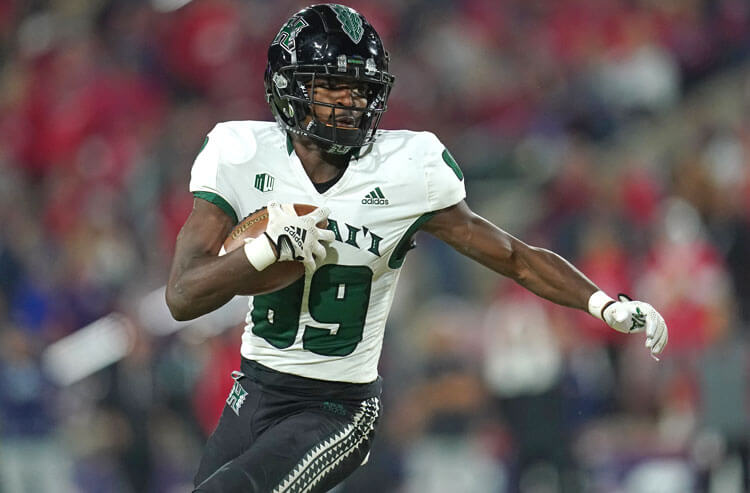