The Maryland Lottery and Gaming Control Commission found on Wednesday that Maryland Stadium Sub LLC, the designee of FedEx Field in Landover, Md., was qualified for a sports wagering facility license.

Regulators of sports betting in Maryland have given a key approval for a sportsbook at the home of the NFL’s Washington Commanders.

The Maryland Lottery and Gaming Control Commission found on Wednesday that Maryland Stadium Sub LLC, the designee of FedEx Field in Landover, Md., was qualified for a sports wagering facility license.

Maryland Stadium Sub’s sole owner is Daniel Snyder, the majority owner of the National Football League franchise, who has also filed for a sports betting-related employee license in the state.

Snyder testified via the internet on Wednesday to the commission, thanking regulators and Prince George's County in Maryland, the location of the Commanders' stadium. He also said FedEx Field has been “dramatically upgraded” for the upcoming season and said they are expecting “big-time” attendance numbers.

The Commanders' owner was apparently bullish about the prospects of Carson Wentz starting at quarterback for the team as well.

“We’re very, very optimistic also on the season,” Snyder said during the commission's Zoom meeting. “We finally have ourselves a quarterback.”

The Commanders already have a permit to carry out online sports betting in Virginia alongside FanDuel, which was granted back in January 2021. However, the team now wants to install a brick-and-mortar betting facility at its stadium, FedEx Field, which is in Maryland.

An investigation by the Maryland Lottery and Gaming Control Agency found the Commanders-related company seeking the sportsbook license "has sufficient financial resources."

The report to the commission also added that the probe "found no derogatory information regarding the Applicant’s qualifications."

Still, the investigation did find "several noteworthy issues" regarding the Commanders. For instance, the commission report acknowledged Snyder recently testified under oath before a U.S. congressional committee.

That testimony was "in relation to [the United States House of Representatives Oversight Committee's] ongoing probe into the alleged toxic workplace culture within the Washington Commanders organization," the report said.

All good, for now

At any rate, agency staff said they could not substantiate any allegations against Snyder and added that he is not currently under investigation by any law enforcement agency or government entity for anything criminal-related.

A majority of gaming commission members then found that Commanders-connected Maryland Stadium Sub was qualified for a sportsbook license.

The regulators then voted to transmit news of their decision to the state's Sports Wagering Application Review Commission, which decides whether to award a license. The commission members did the same for Chesapeake Gaming, which wants a brick-and-mortar sportsbook for its off-track betting facility in Boonsboro, Md.

Maryland Stadium Sub and Chesapeake Gaming are two of the 17 entities named in Maryland's sports-betting law, which earmarked their facilities for possible sportsbooks. The law allows for up to 47 retail sportsbook licenses and 60 for online sports betting in the state.

With online wagering still a ways off, the only options for legal sports betting in Maryland at the moment are six brick-and-mortar facilities, which are five casinos and Bingo World in Anne Arundel County.

Numbers released on Wednesday by Maryland regulators show the six facilities handled approximately $15.5 million in wagers during July and won about $2 million from bettors for a 13.1% hold for the month. After operators deducted promotional play and other amounts, the state received $298,177 from the six sports-wagering facilities, which are subject to a 15% tax rate.

The Maryland Lottery and Gaming Control Commission on Wednesday also found that a Betfred subsidiary was qualified to operate a retail sportsbook in the state.

Betfred intends to run the retail sportsbook at the Long Shot’s OTB in Frederick, Md., which has already been awarded a license and is awaiting an opening date.

“Maryland Lottery and Gaming’s Licensing investigators are in frequent contact with additional entities that were designated in the sports wagering law, whose applications are in progress,” a press release said Wednesday. “State law requires that applicants ‘establish by clear and convincing evidence’ that they are fully qualified before the MLGCC issues a license.” 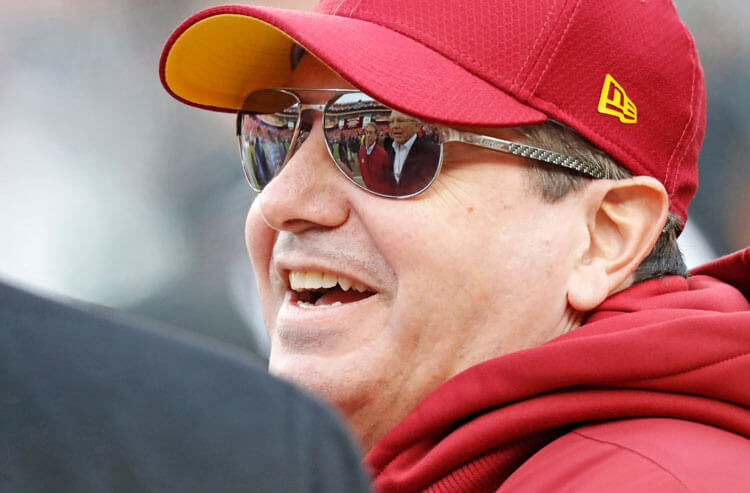