One of the biggest races of the year is just days away and Ontario-based users of formerly “grey” sportsbooks no longer have access to what might have been their usual way of betting on the sport of kings.

Ontario horseplayers may want to pour themselves a mint julep before reading this.

That's because recent changes to sports betting in Ontario mean getting down a wager on this weekend’s Kentucky Derby will be tougher than it has been for years in Canada’s most populous province.

Before April 4, Ontarians were betting on horse racing in a few different ways, including in the “grey market” using online sportsbooks that could be regulated offshore or outside the province but not in the province itself. It has been estimated Ontarians were spending around $700 million a year on such sites.

But on April 4, some of those previously “grey” operators launched in Ontario’s new and regulated market for internet gambling — without betting markets for horse racing.

"The regulated igaming framework in Ontario does not allow for horse racing at this time, in light of the specific provisions related to horse racing set out in the Criminal Code, Canada, which is federal legislation," a spokesperson for the Alcohol and Gaming Commission of Ontario (AGCO) told Covers in an email on Friday.

The reasons for this are indeed very Canadian. Oversight of gambling on horse races in the country is a federal responsibility, and only racetrack operators can receive pari-mutuel betting permits. Meanwhile, provinces are allowed to “conduct and manage” single-event sports betting on everything except horse racing, a rule which applies to Ontario’s regulated iGaming operators.

What’s clear, though, is the bind this puts some Ontario bettors in this weekend. One of the biggest races of the year is just days away and users of formerly “grey” sportsbooks no longer have access to what might have been their usual way of betting on the sport of kings. In fact, there will be zero horse-racing options at all on any site in Ontario’s regulated iGaming market.

“Well, what's happening is these sports-betting operators who are now registered and licensed by the AGCO and iGaming Ontario aren't doing it anymore,” Lawson said in an interview with Covers.

So, how can Ontarians bet on the Kentucky Derby, then?

There are still online sportsbooks operating in a “grey” area taking bets for the race. Those operators are not under Ontario regulation, although some could be soon once they join the province’s iGaming market. At that point, they would likely stop taking bets in Ontario on horse racing.

However, the only legal form of betting on horse racing in Canada is via the pooled, pari-mutuel model. What's more, the only holder of a federal pari-mutuel betting license in Ontario is Woodbine.

The permit allows Woodbine to run the wagering for all of the province’s horse-racing tracks, off-track betting facilities, and the company's two online platforms: HPIbet and Dark Horse Bets. Those would be the only places to get down a legal wager on the Kentucky Derby in Ontario.

The #FirstSaturdayInMay is coming fast! You can bet the #KentuckyDerby at any of our https://t.co/o28RtvfNIr locations! Check the website to see which of our 50 locations is closest to you! #HorseRacing #sportsbetting #SportsBet #Derby #Ontario #bet pic.twitter.com/lmvvesJfGk

As the only legal game in town, Woodbine is expecting it to be a busy weekend. Even so, its chief executive officer had been hoping for an even bigger role, as the horse-racing engine for Ontario’s iGaming market.

“Derby Day is one of our biggest days of the year, and we could have grown Derby Day exponentially,” Lawson said.

The horse-racing industry successfully pushed to exempt itself from the single-event sports betting bill that was passed last year in Canada and that now allows provinces to offer such wagering. A key driver of the exemption was to protect the funding for horse racing (and the thousands of jobs it supports) via pari-mutuel wagering, which could have been put at risk without the carve-out.

Now, the horse-racing industry is competing for betting business against Ontario’s iGaming operators (there are no brick-and-mortar sportsbooks in the province yet). And Woodbine, instead of trying to just beat them, wants to join them and benefit from the spread of legal sports betting.

The company is working on a betting prototype at the moment that it hopes will pass muster with federal regulators, whose seal of approval can then put their Ontario counterparts at ease. Once that happens, Woodbine’s system could be adopted and used by operators in the new iGaming market, allowing horseplayers in Ontario to once again wager on races in the same place they can bet on sports.

Ontario-regulated sportsbook operators are keen to bolt on Woodbine’s horse-racing capabilities to their product, Lawson added.

In the meantime, customers could be complaining about the fact they can't wager on the ponies to operators, some of which have horse-racing backgrounds. That kind of feedback could ramp up as the Kentucky Derby draws nearer and bettors start thinking more and more about horse racing.

For Lawson, Woodbine's betting engine would ideally be under the hood of sportsbook operators in Ontario in time for the Queen’s Plate, Canada’s oldest Thoroughbred horse race and the busiest day of the year for Woodbine. The 162nd running of the race is on August 22.

And, if and when pari-mutuel wagering becomes available in the Ontario iGaming market, it could crank up the interest in the sport and the scrutiny on the kind of legal betting that’s available. Lawson sees the potential for this to create momentum for the legalization of fixed-odds horse racing in Canada (albeit with protection for the domestic industry), which has become popular in other jurisdictions.

First, though, Woodbine needs to get in the game in Ontario’s iGaming market.

This story has been updated to include a more detailed statement from the AGCO regarding the iGaming market and horse racing. 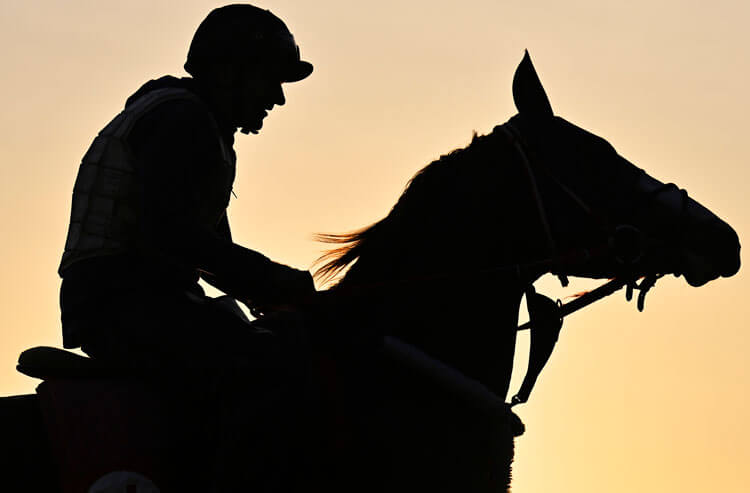