The Kansas House of Representatives passed Senate Bill 84 on Wednesday on a 88-36 vote, which followed some major renovations to the measure to make its passage possible.

Legalized Kansas sports betting appeared to be dead in the state House of Representatives on Tuesday, but 24 hours later, lawmakers look like they may have saved the legislation.

The Kansas House of Representatives passed Senate Bill 84 on Wednesday on a 88-36 vote, which followed some major renovations to the measure to make its passage possible.

SB 84 will now go to a joint conference committee to make the bill agreeable to both chambers of the state legislature. If both the House and Senate give their approval, the legislation could be on the desk of Gov. Laura Kelly for her signature.

“The rest of the country is moving in this direction,” Rep. Vic Miller said. “It doesn’t really do us really any good to stand still other than it lets money leak out of the state and others around the country make the money,”

The biggest difference between the two pieces of legislation is the tax rate for both retail and online sports betting. The House bill proposed a 14% tax rate on retail sites and 20% on mobile wagers. The Senate’s version imposes an 8% tax on online bets and 5.5% on retail wagers.

What derailed the discussion in the House on Tuesday, however, was Rep. Francis Awerkamp’s proposed amendment that would take away control of sports betting from the Kansas Racing and Gaming Commission and hand sole power to the state’s lottery.

That led to the adjournment of the House Committee on Federal and State Affairs after just 90 minutes and jeopardized sports betting being passed in this legislative session, which ends Friday.

The members returned on Wednesday, stripped sections of SB 84 via amendment, and inserted provisions of HB 2740. That allowed the full House vote and the strong bipartisan approval of a bill that would allow for retail and online sports betting through the state's casinos.

What most every politician in the Sunflower State can agree on is that they want to approve sports betting before neighboring Missouri does. The Show-Me State has passed a sports-betting bill in the House and sent it on to the Senate.

There has been a bit of trash-talking between politicians from both states.

Kansas Rep. Stephanie Clayton said in Tuesday’s meeting, “I want to beat them.” Missouri Rep. Wes Rogers said, “Missouri is a better state than Kansas in every possible way.”

Kansas has the edge in getting sports betting legislation enacted before Missouri. The only details left are for both sections of the legislature to agree on specific points and then get it to where the House and Senate would pass it.

Clayton said they are moving at a faster pace than Missouri and she expects Kansas to legalize sports wagering before Missouri. 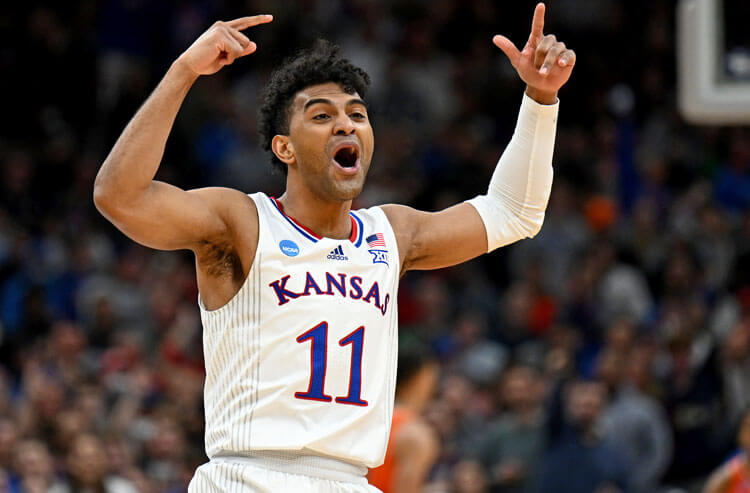