Oscars 2023 Odds: Everything Everywhere All at Once Gets Most Nominations

The 2023 Academy Award nominations are out, with Everything Everywhere All at Once leading the way as the front-runner for Best Picture.

Betting markets for the 95th Academy Awards are taking shape after the 2023 Oscar nominations were announced on Tuesday.

With the Golden Globes and Critics' Choice Awards handed out earlier this month, we began to see movement atop the Academy Awards odds board, and clearcut favorites have emerged with Everything Everywhere All at Once and The Banshees of Inisherin expected to battle for top honors in the prestigious Best Picture category.

With the Oscars taking place on March 12, here are the odds for the Big Five Academy Award categories.

Odds courtesy of DraftKings Sportsbook as of January 25, 2023.

Favorites to win Best Picture at the 2023 Academy Awards

Everything Everywhere All At Once (-200)

After winning Best Picture at the Critics' Choice Awards and earning the most Oscar nominations (11) this year,  Everything Everywhere All At Once has emerged as the odds-on favorite to take home top honors.

One of the year's biggest hits and quirkiest films, Everything Everywhere All at Once doesn't exactly scream Oscar movie. It's absurdist, off-kilter, and more ingrained in genre roots than usual Best Picture frontrunners.

However, it's also an earnest, crowd-pleaser that just happens to have a slew of parallel universes (including one where everyone has hot dogs for fingers). Michelle Yeoh (Crouching Tiger, Hidden Dragon) leads the cast as Evelyn, a Chinese American immigrant who runs a languishing laundromat with her husband Waymond (The Goonies' Ke Huy Quan) and is struggling to connect with her daughter Joy.

Then things get weird, as a cross-dimensional force is threatening the multiverse and it's all connected to Evelyn, who must master the art of verse-jumping to confront Jobu Tupaki. It's better left seen than explained.

Martin McDonagh's The Banshees of Inisherin has been met with widespread praise since it played at various festivals and hit theaters in October.

A dark comedy that mirrors the Irish Civil War, Banshees reunites McDonagh with Colin Farrell and Brendan Gleeson, who previously starred together in the 2008 film In Bruges.

The Banshees of Inisherin won Best Picture — Musical or Comedy at the Golden Globes and has been nominated for nine categories at the Academy Awards.

McDonagh's prior film, Three Billboards Outside Ebbing, Missouri, was considered one of the frontrunners heading into the 2018 Academy Awards before the honors ultimately went to The Shape of Water.

When the Academy increased the number of nominations in this category following the 2009 snub of The Dark Knight, it was likely to make sure that blockbusters like this made the cut.

Top Gun: Maverick was definitely one of the most entertaining movies of the year, with a star-studded cast, breathtaking visual effects, and enough nostalgia to give Gen X a hard-on. Top Gun: Maverick was applauded by critics (not an easy task for a sequel) and raked in nearly 1.5 billion dollars at the Box Office.

However, there's plenty of reason to think that it's not Best Picture material for the Academy, even in a year with no clear-cut standout. Although an audience-pleaser, Maverick is thematically shallow and received a modest six Oscar nominations, with both director Joseph Kosinski and leading man Tom Cruise passed over in the Best Director and Actor categories.

Steven Spielberg's coming-of-age drama, based loosely on his own upbringing, made its world premiere in September at the Toronto International Film Festival, where it subsequently won the People's Choice Prize. It also took home the Best Picture — Drama award at the Globes but has fallen to fourth on the Oscars odds board after being flown over by Top Gun: Maverick.

Spielberg won Best Picture for Schindler's List in 1994 but hasn't won since despite receiving six more nominations in this category.

The Fabelmans hit theaters on November 23 in a relatively limited rollout. Despite a resounding chorus of positive reviews, it underperformed at the box office and has received just three nominations at the Oscars.

Odds courtesy of DraftKings Sportsbook as of January 25, 2023.

Spielberg is close behind the Daniels at +110, and he took home Best Director at the Globes while previously claiming this award twice.

The Daniels and Spielberg are complete opposites in their body of work. The 76-year-old Spielberg is one of the biggest names in Hollywood and has received 22 Academy Award nominations in an illustrious career filled with blockbusters.

The Daniels are in their mid-30s and have directed only two feature films, Swiss Army Man and The Death of Dick Long, both of which are somehow even more bizarre than Everything Everywhere.

Even though Darren Aronofsky's The Whale has received middling reviews, one area in which the response has been almost universally positive has been Brendan Fraser's performance as a 600-pound shut-in who attempts to reconnect with his estranged daughter.

It isn't rare for an actor or actress to win the top prize for a movie that doesn't fare well at the Oscars. In fact, the last time Best Actor and Best Picture went to the same movie was in 2011 when Jean Dujardin won for The Artist.

However, while Frazer won this award at the Critics Choice Awards, he was shut out at the Globes. The Globes handed out their Best Actor hardware to Austin Butler for his portrayal of the iconic Elvis Presley and Colin Farrell for Banshees. It's little surprise that Farrell and Butler aren't far behind Fraser on the odds board.

Of all the front-runners in the early acting/directing categories, Cate Blanchett is currently the biggest favorite at -175 for her performance in Tar. While that movie may be a prickly one, and her character is far from likable, her performance is riveting.

Blanchett has been universally praised for her role as a complicated figure in classical music (the fictional titular Lydia Tar) in Todd Field's first film in over a decade. She has already claimed Best Actress at the Critics Choice and Globes and is looking for her second Oscar after winning Best Actress in 2013 for Blue Jasmine.

Blanchett was available at plus money just a couple of weeks ago, but that payout is shrinking fast and will continue to do so after the BAFTAs and SAGs.

This is the tightest race in the Big Five categories, with the Daniels and McDonagh currently listed as a pick'em. The Daniels won this award at the Critics' Choice Awards, while McDonagh won for Best Screenplay at the Globes.

How to bet on the Academy Awards

Unlike sports betting, betting on the Oscars has far fewer statistics and numbers to keep in mind. But similar to wagering on sports, there are historical trends, news, and narratives to follow if you want to better handicap your Academy Awards bets.

Understanding how Oscars voting works is key to understanding who will be nominated and who will win. The Academy has over 8,000 members spread out over 17 branches. Each branch nominates for its own category; actors nominate for Best Actor, directors for Best Director, etc. Every voter gets to nominate for the Best Picture Award, and they also vote on every award once the nominations are in.

In almost every award, the voters just choose their No. 1 selection. Easy peasy, right? Well, that's not how the Best Picture is chosen. For Best Picture, each voter chooses their favorite film in order of preference. The No. 1 choices are counted first, and if one movie gets more than 50 percent of those votes, it's deemed the winner. But usually, the No. 2 and No. 3 choices need to be tallied as well.

What are the takeaways from this voting system? Since actors are the ones nominating their peers, not only does an actor need to do a great job to get a nomination, but he or she needs to be widely respected and probably well-liked. And because of the preferential voting for Best Picture, a movie that winds up at No. 2 or No. 3 on almost everyone's ballot can win the award if the No. 1 choice is split between several films.

It's better to have a movie that most will rank in their top three than a polarizing film that some voters have at No. 1 and others rank near the bottom of their list.

The Oscars are the biggest name in the film industry awards circuit, but they aren't the first ones to hand out their hardware every year. The Golden Globe Awards are given out just after the new year, followed by the Screen Actor Guild (SAG) Awards, and then the British Academy Film Awards (BAFTAs) in early February.

Movies and stars can often ride award-winning momentum into the Oscars. Films and actors that are successful at the earlier award shows tend to also perform well at the Oscars. In 2020, for example, Joaquin Phoenix and Renee Zellweger swept the Best Actor and Best Actress awards across every major awards show. After each subsequent win, their odds to claim the Academy Award got better, and the payout for bettors shrank.

Some movie genres have historically done well with critics. That includes wartime dramas, movies that explore race relations, films about the film industry (nobody ever said that Hollywood isn't vain), movies based on true stories, and scripts based on award-winning novels.

While many view Argo (2012) as one of the weakest winners of the Best Picture Award, it fit into two of these categories since it was based on a true story and was about the film industry.

Fitting into these genres is certainly no guarantee for Academy Award success, but it is a good barometer for whether a film has the right stuff to make it into Oscar contention.

Let's be honest, hype also plays a major role in whether certain movies get the deserved credit. Especially early in the Oscars process, sportsbooks will tend to give favorable lines toward movies with big-name directors and actors.

Just like annual sports betting favorites like the Yankees and Lakers, the biggest names in Hollywood tend to get the most handle and often do well during awards season.

Keep in mind the current cultural environment in which these movies are being watched. Themes that are more relevant to the public discourse tend to resonate more with audiences and critics. However, movies are also about escapism, and critics sometimes gravitate toward lighter fare during times of crisis.

Steven Spielberg's The Fabelmans (+150) is the current betting favorite to win Best Picture, as of November 8, 2022.

Jane Campion (-3500) won as Best Director for her film, The Power of the Dog.

The 2023 Oscars are currently scheduled for March 12, 2023 at the Dolby Theatre in Hollywood. 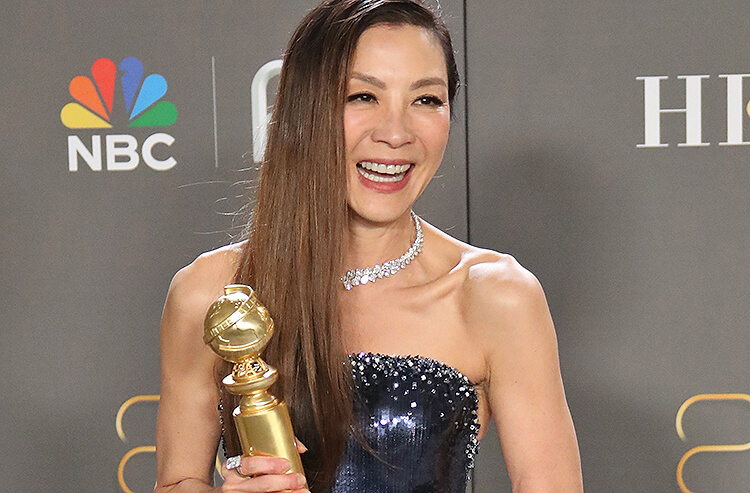 Oscars 2023 Odds: Everything Everywhere All at Once Gets Most Nominations
Provided by