The Montreal Alouettes stumbled into the playoffs by losing three of their last four games and have to face a Hamilton Tiger-Cats team finding its mojo. Will the encroaching cold weather have an effect? Check out CFL betting picks for more. 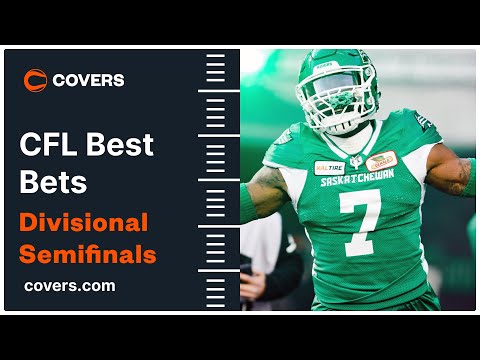 The CFL division semi-finals kick off on Sunday with the first matchup taking place in the East Division between the Montreal Alouettes and Hamilton Tiger-Cats. CFL betting lines opened with the Ti-Cats installed as 4.5-point home favorites with the Over/Under at 46.5.

Here are our best free Alouettes vs. Tiger-Cats picks and predictions for CFL playoff action on Sunday, November 28, with kickoff at 1 p.m. ET.

The Under is 5-1 in the Tiger-Cats' last six games against Eastern Division foes. Find more CFL betting trends for Alouettes vs. Tiger-Cats.

The Ti-Cats ended their season with a 24-3 victory over a Roughriders squad that played lots of second-stringers. Nevertheless, Hamilton went 4-1 SU and ATS in its last five games and enters the playoffs with plenty of momentum with its offense finally looking back on track.

The Alouettes could have been hosting this weekend if they had beaten the Redblacks last week. Instead, the Als were upset 19-18 as 11-point favorites to give them their third loss over their final four games of the season. Their lone victory during that span came against a Blue Bombers team that was resting most of its starters in Week 15.

These teams faced off against each other twice this year with Hamilton winning 27-10 at home and the Als edging the Ti-Cats 23-20 in Montreal.

The Als have been carried by a dominant ground game centered around William Stanback, who led the league with 1,176 rushing yards on 6.1 yards per carry. Their passing game is also making strides with newly acquired QB Trevor Harris beginning to get in sync with his new targets. That said, they've shown some cracks on defense and were fortunate to play against the lowest-scoring team in the league in the Redblacks four times this season.

The Ti-Cats have been dominant on the defensive side of the ball, allowing the second-fewest yards per pass attempt (7.3) and the fewest yards per rush attempt (4.2) in the league. After struggling on offense for the first half of the season, a healthy Jeremiah Masoli made a difference down the stretch, completing 72.1 percent of his passes for 307.5 passing yards per game with nine touchdowns and two interceptions in his last six games.

Take the more well-balanced Ti-Cats team to cover at home.

Hamilton has one of the league's stingiest stop units, holding opponents to just 17.4 points per game, and they are perfectly built to contain Stanback with a stout front seven led by linebackers Jovan Santos-Knox and Simoni Lawrence.

The Alouettes defense played better towards the end of the season, and while shutting down Winnipeg's backups and the Redblacks shouldn't impress anyone, they also limited the Roughriders and Argos to fewer than 20 points. They also led the league with 49 sacks and if they can pressure Masoli, they'll be able to disrupt his rhythm on long pass plays.

With temperatures hovering around freezing, we could see some flurries in Hamilton on Sunday. Cold weather football should make the Als lean even more on their running game to keep things close and to soak up the play clock.

With the Under going 5-2-1 in the Als' last eight games, and also going 13-4 in the Ti-Cats previous 17 contests, back it again on Sunday.

Alouettes vs Tiger-Cats East Division Semifinal Picks and Predictions: Hamilton's Hot in the Cold
Provided by