Sergey Kovalev vs Tervel Bulev Picks: The "Krusher" Has the Advantage

Sergey Kovalev vs. Tervel Pulev is scheduled for 10 rounds in the cruiserweight division on Saturday at the Forum in Inglewood, California. We like Kovalev to bounce back from his last loss to Canelo with a win. Find out why in our boxing betting picks.

Former two-time light heavyweight champion Sergey Kovalev ends his two-year exile from the ring to fight former Olympian Tervel Pulev as the featured attraction of the May 14 edition of Triller Fight Night.

Kovalev hopes a new division and the extended rest will gear him up for a run at cruiserweight, and Pulev seeks to win the biggest fight of his otherwise uneventful career. These aging fighters are trying to make a statement that will propel them up the ranks as their careers inch towards the end.

Kovalev will enter the ring on a 4-4 run as a -122 favorite. Here are our free boxing picks and predictions for Kovalev vs. Pulev on May 14

Picks made on May 12. Click on each pick to jump to the full analysis.

Kovalev hasn’t been seen in the two years since his 11th-round KO loss to Canelo Alvarez. The loss to Alvarez came at a critical juncture in his career when the once feared Kovalev went 4-4, being stopped in three of those losses.

The former light heavyweight kingpin will be making his debut at cruiserweight in hopes of going on one last run before calling it a career. At his peak, Kovalev was a frighteningly strong puncher with a killer instinct and excellent fundamentals.

The Russian has attempted to return to the ring after the Alvarez loss, but setbacks due to COVID-19 and a fight cancellation due to traces of synthetic testosterone in his system have kept him on the sidelines. There are a lot of questions when it comes to Kovalev’s mental state. He may be itching to get back into the ring in hopes of putting the Alvarez loss behind him, but his heart, chin, and confidence were shaken long before Alvarez downed him.

A shot Kovalev, though, is the best opponent that Pulev has faced at this point in his career. The 2012 bronze medalist has had an abnormally slow career, and at 39 with only 16 fights to his name, it’s hard to gauge how serious he is about making a name for himself in the sport. The younger Pulev would certainly outshine his older brother on the same card with a win here.

With a genuine size advantage and 13 KOs in his 16 wins, he could have it in him to win if his opponent is that far gone. It really is a now or never fight for both of them. The big difference though is that Kovalev knows more about boxing at a high level than Pulev can forget, and it’s a shock the fight is as close as oddsmakers are making.

The only real intrigue in this fight is whether Kovalev is so far gone that he’d struggle or even lose to someone like Pulev. Losing to elite light heavyweights isn’t a death sentence, and he wasn’t beaten in a manner where he’d struggle against anything less than a legitimate contender. A new weight class and time off to heal his body might refresh him a bit.

Truthfully, Pulev might make Kovalev look formidable at cruiserweight. It’s not a good sign being such a green fighter at 39-years-old, but there is little in Pulev’s resume that suggests he has anything outside a puncher's chance here. Then again, Kovalev’s chin and confidence were ruined by Andre Ward many years ago, and he’s been a shell of himself up to the point of his exile from the sport.

Maybe he’s had enough time in two years to rededicate himself to the sport, but Pulev’s strong if nothing else, and Kovalev’s chin remains a liability. Either way, we cannot fathom Kovalev losing here. While we won’t be seeing anything that resembles the “Krusher” of old, he has enough left to beat the likes of Pulev.

Prediction: Kovalev to win (-122 at FanDuel)

One overlooked cause of Kovalev's downfall is that he rushed foolishly into a fight with Alvarez in less than 10 weeks after a brutal war with Anthony Yarde. An exhausted Kovalev couldn’t have possibly been at 100%, but money talks, and Kovalev wouldn’t let a career-high payday walk.

There is a big gap in skill between Kovalev and Pulev. We expect the former champ will pace himself and shake off the rust that’s been building for two years. Remaining wary of Pulev’s power, he’ll work behind his hammer-like jab and lower the boom if he feels the opportunity presents itself.

This does check all the boxes for Kovalev, and the Russian should win the fight outright. 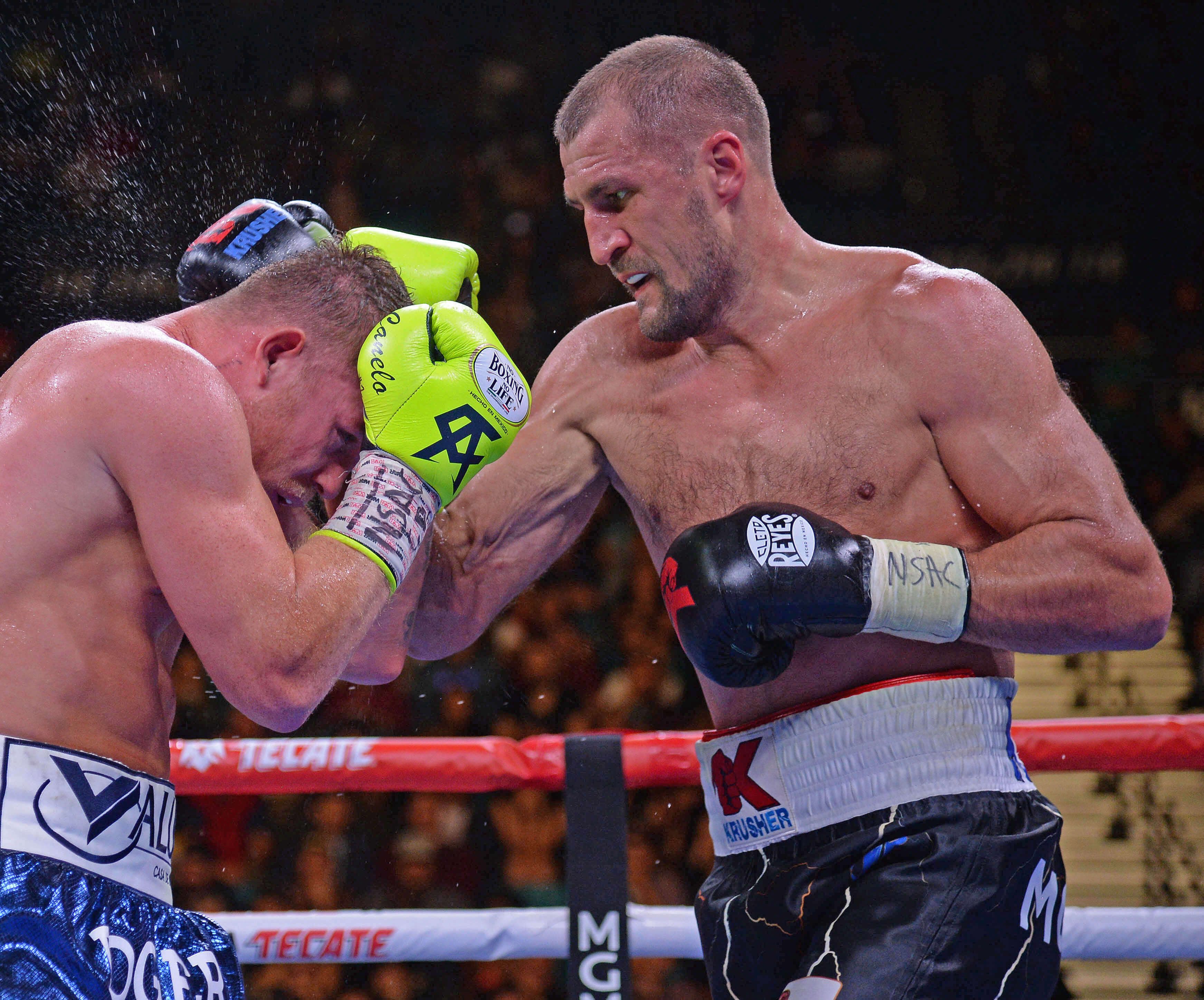 Sergey Kovalev vs Tervel Bulev Picks: The "Krusher" Has the Advantage
Provided by