Five years ago, Floyd Mayweather advanced his undefeated boxing record to 50-0 with a 10th-round TKO of Conor McGregor. Now, a rematch between the two controversial fighters looks to be in the cards — check out Mayweather vs. McGregor odds below.

The rematch nobody was asking for is coming, with various reports emerging that Floyd Mayweather and Conor McGregor are nearing an agreement on another boxing match, nearly five years after they first squared off.

The two highly controversial fighters successfully sold their first bout and earned over $100 million apiece for their efforts, despite the actual fight being a fairly boring affair until Mayweather won by TKO in the 10th round.

Since then, McGregor has fought four times in the UFC, losing three. Mayweather, meanwhile, has taken part in a pair of exhibitions, against kickboxer Tenshin Nasukawa and YouTuber Logan Paul.

With the two on another collision course, check out the early odds for Floyd Mayweather vs. Conor McGregor 2.

Odds for Mayweather vs McGregor 2

Are Mayweather and McGregor really going to fight again?

If you met McGregor's latest rumored bout with a bit of skepticism, you would be forgiven. The UFC superstar plays the game as well as any fighter in recent history, so he's never out of the headlines long. He is also, however, a wildly successful businessman and not one to turn down a payday.

Rumor has it Floyd Mayweather and Conor McGregor are close to finalizing a deal to fight again in Las Vegas.

Their first fight in 2017 generated over $600 million in revenue and was the 2nd biggest money fight in boxing history. pic.twitter.com/Rflm8QY7X4

Despite what would be another massive cashout for both Mayweather and McGregor, some close to them aren't so sure a rematch will happen. Count Dana White among those skeptics.

Floyd Mayweather and Conor McGregor are reportedly "very close" to inking a deal to once again meet in the boxing ring, and Dana White has a thought -- "BULLS**T!" https://t.co/2NCLLBv9iL

Though White is doing his best to pour cold water on the rumored rematch, outlets in the United Kingdom have added further context. According to reports, McGregor is interested provided it's an official fight and not an exhibition, like Mayweather's previous two bouts. That means Money's perfect record would be on the line.

Both fighters are all-too-happy to share their thoughts, whether it's via conventional media or their own social media feeds, so we'll no doubt be kept in the loop as this picture develops further.

Mayweather opens as a massive -1,000 favorite for the rumored rematch but if their first bout is any indication, plenty of changes are to come.

For that first fight, in August 2017, Mayweather opened at -2,250 at some sportsbooks with McGregor coming back at +900. However, the nearly two-month promotional circus in the lead-up to fight night allowed plenty of time for the public to have their say — and did they ever.

"Notorious" Conor McGregor's notoriety did the heavy lifting for sharp boxing bettors, as the public jumped hard on the UFC-fighter-turned-boxer and allowed the sharps to benefit closer to the main event.

By fight night, Mayweather had moved all the way to -400, with McGregor's odds shrinking by two-thirds to +300. And we all know what happened next.

The first fight between Mayweather and McGregor was less than thrilling, and since then both fighters' stars have faded.

So, why is there a potential rematch in the cards? Money talks, and in this instance, it's deafening.

The first Mayweather vs. McGregor bout was billed as "The Money Fight" and if nothing else, it delivered on that.

According to a report by Forbes, before the promotional circuit even began in 2017, McGregor was guaranteed $30 million while Mayweather had been guaranteed $130 million.

The pair proceeded to sell the fight with tremendous success, eventually gathering a record-setting 4.3 million pay-per-view purchases. Add in another $55 million at the gate on fight night, and the two fighters' paydays ballooned considerably: Mayweather walked away with a cool $275 million, while McGregor earned $85 million.

While neither Mayweather nor McGregor are as prominent in the fighting world as they were half a decade ago, the pair remain superstars in pop culture. Add in the attention Jake and Logan Paul have inarguably brought to the world of boxing in recent years, and you have a perfect recipe for yet another nine-figure payday for Mayweather and McGregor.

Mayweather has gone a perfect 50-0 in his career and is best known for his incredible defense and accurate punching.

The former five-division champion is often considered one of the greatest pound-for-pound fighters in boxing history, but also hasn't fought against a legitimate opponent since beating Andre Berto by unanimous decision nearly seven years ago.

The 45-year-old took part in a pair of exhibition bouts recently. This included an ugly affair against YouTuber Logan Paul last summer, which featured plenty of clinching from his bigger foe and a slick eight rounds against his former sparring partner Dan Moore earlier this year.

The Notorious Conor McGregor was the biggest draw in MMA when these two first squared off in 2017, but his reputation has taken a massive hit since then.

McGregor has been splitting his focus between fighting and other business endeavors. He has gone just 1-3 in the octagon, with his only win coming against a washed-up Donald Cerrone. McGregor was finished by Dustin Poirier in each of his last two fights, and although his previous bout ended early due to a broken fibula, it has become apparent that his striking ability isn't what it once was.

To be fair, Conor still has tremendous power and explosiveness and does an excellent job of creating angles, but he's not anywhere near as polished in his boxing technique as Mayweather. He also gassed out after the first three rounds in his previous bout with Mayweather, which led to the boxing champ picking him apart until the 10th round when the ref waved off the fight with McGregor staggering on his feet.

That cardio might be an even bigger issue this time, with McGregor bulking up since then.

Floyd Mayweather vs Conor McGregor 2 tale of the tape

Since the Mayweather vs. McGregor rematch isn't yet official, a date is still to be set.

A location for Mayweather vs. McGregor 2 hasn't been announced yet, but the pair first fought at T-Mobile Arena in Las Vegas, Nevada.

What is the undercard for Mayweather vs McGregor 2?

A full undercard for Mayweather vs. McGregor will be announced when the fight is made official.

How to read boxing odds

The most common way of betting on a boxing match is by picking the overall winner of the bout. With Fury being the favorite for this fight, his odds have the minus sign (-) in front of them at -150. This means that bettors would need to wager $150 in order to win $100. A Paul win would pay out more as he's the underdog at +130. This means that a $100 wager would profit $130.

As we get closer to the fight date other prop bets will be become available, such as method of victory and round betting.

The odds listed above are in American format, but can easily be converted to decimal or fractional format via our odds converter tool.

Get more boxing betting strategies in our How to Bet section and join the conversation with thousands of serious bettors in our Boxing Betting Forum. 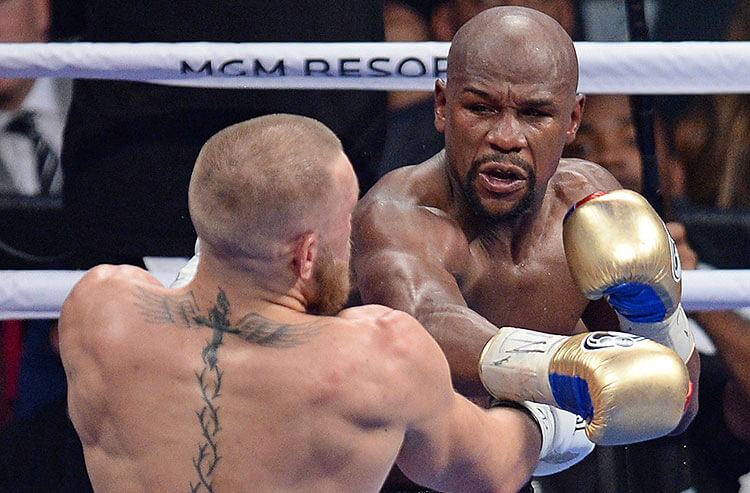