Three light-heavyweight titles are up for grabs on Saturday night in New York as Artur Betertbiev faces off against Joe Smith Jr. Find out why we're backing the champ in our Beterbiev vs. Smith Jr. betting picks.

Artur Beterbiev vs. Joe Smith Jr. is scheduled for 12 rounds tonight in the light heavyweight division with the winner walking out as WBC, WBO, and IBF champion.

Their showdown at Hulu Theater in New York will pit the two big bombers in a clash that’ll be sure to deliver a knockout. Beterbiev is considered the best light heavyweight in the division, and he’s expected to have an easy go as a -850 favorite. Smith’s peaks and valleys during his career land him a decided +600 underdog in the biggest fight of his career.

Here are our free boxing picks and predictions for Beterbiev vs. Smith Jr. on June 18.

Picks made on June 15. Click on each pick to jump to the full analysis.

While a 37-year-old champion coming off an uninspiring performance is grounds for concern, the light heavyweight division has been boxing’s senior center for the better part of two decades, with most top fighters and champions fighting late into their 30s and 40s.

Even if Beterbiev is starting to fade behind the wheel, he couldn’t have asked for a better opponent to shine against in Smith. In his last fight, Beterbiev fought through a bad cut to punish and stop Marcus Browne in nine rounds. The Russian is a windmill of pain who hits tremendously hard to the head and body, and is even more efficient thanks to an excellent fundamental base that makes his offense equal parts textbook and destructive.

Boasting a 100% knockout ratio, Beterbiev is a great finisher who does not let his opponents off the hook if he feels he has a chance to punish them. Smith’s only chance here is that despite Beterbiev’s KO percentage, he may actually be the harder one-shot hitter.

Boxing’s blue-collar champion is a clubber that is equally dangerous at the beginning of a fight as he is at the end of it. We’ve seen him display a lot of heart and grit, but where Beterbiev is seen as the division’s best champion, Smith is seen as its weakest.

Inconsistency has plagued Smith throughout his entire career. For every knockout of Andrej Fonfara and Bernard Hopkins, there is a one-sided drubbing against stylists like Sullivan Barrera and Dmitry Bivol. Even his title-winning effort against Maxim Vlasov didn’t inspire much confidence in his long-term prospects as champion.

Both fighters have shown good chins and handle themselves well under fire. Two big punchers are normally not as aggressive to begin a fight with the fear of getting caught, but once these two do decide to throw caution to the wind this could turn into an explosive scrap that can be settled with the kind of knockout you’ll pray and hope finds its way to YouTube not long after it ends.

Right off the bat, there is a massive gap in class between these two. Beterbiev is a skilled hunter that has shown a sophisticated offense built from a solid amateur career, whereas Smith is so strong that his hammer fists can solve most problems.

In practice, Smith has been beaten up by fighters who take the cerebral route, and that bodes well for Beterbiev. Barrera broke his jaw, and Bivol recovered from a late scare to nearly stop him in the 12th round. Hopkins was 51 years old when he handpicked Smith, and while Hopkins lost that fight, it was an indication of his perceived limitations.

The line opened up big for Beterbiev at -850 before settling on -1100 just days before the fight. Beterbiev isn’t a speedy guy, but he does have good upper body movement and defends well to avoid Smith’s big shots. If Smith can somehow force Beterbiev to the ropes, he has a chance to land the kind of punches he’ll need to turn the tide.

Even if Beterbiev wants to implement a more conventional attack compared to his previous bouts, Smith’s chances would remain just as remote as they are heading into Saturday night. Beterbiev will win this one any way he wants.

It isn’t a stretch of the imagination to see Beterbiev soundly boxing his way to a big lead by the halfway point before turning another gear. We don’t expect Smith, nor Beterbiev in this case, to be knocked out in the early rounds.

The second half of the fight will be a different story. We expect Beterbiev to walk Smith down, who will basically need a Hail Mary shot to change his fortunes. As the rounds go on, the damage will accumulate until the dangerous Russian has beaten Smith down to the point where his heart is the only thing keeping him up.

We like Beterbiev to have an easy night’s work ahead of collecting another title around his waist, and the pick to make is for him to score a stoppage between rounds 10 and 12. 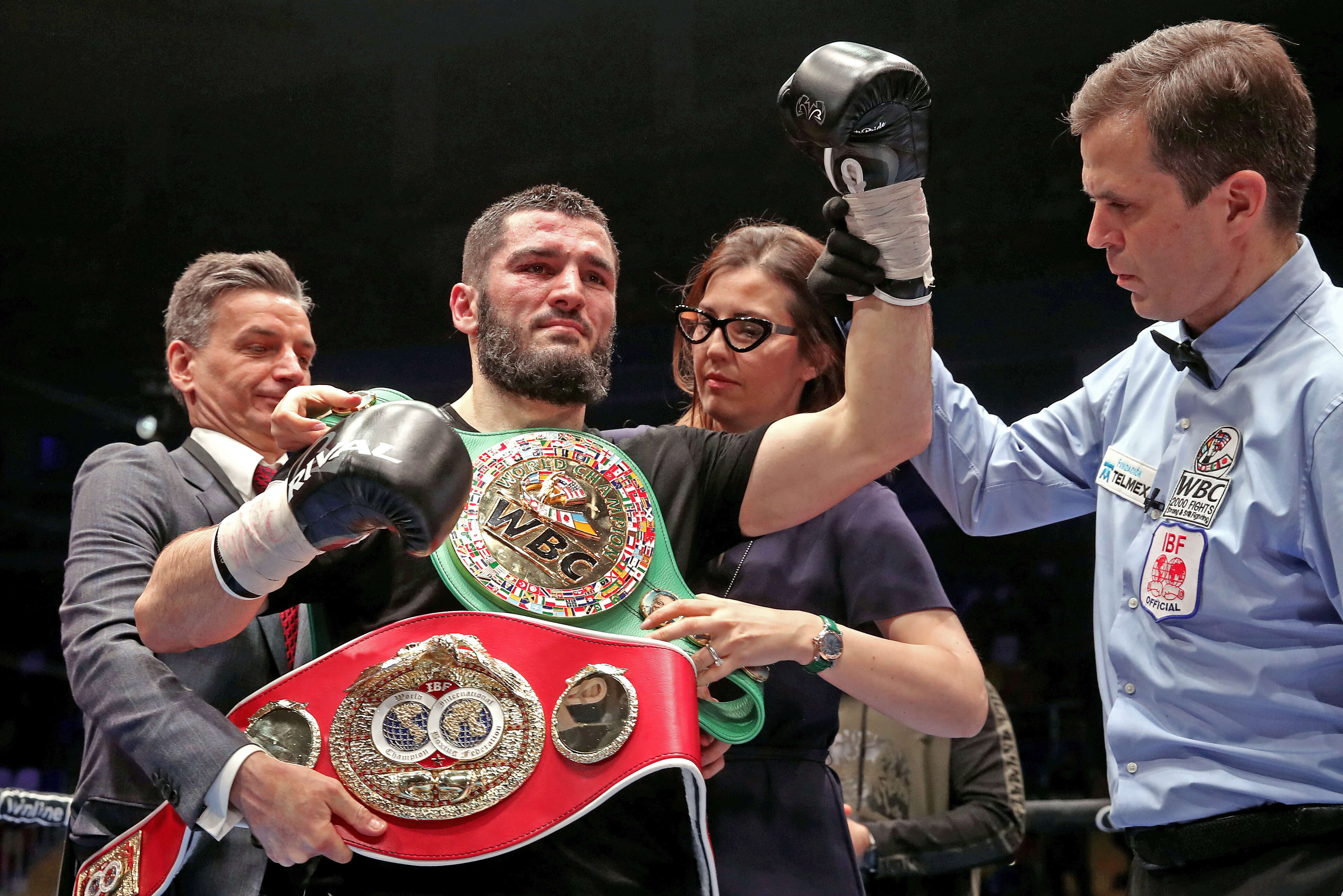